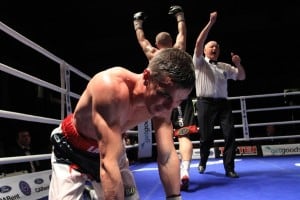 While the majority of our site focuses on boxing equipment, technique, tips and how-to, and other more immediately applicable discussion, we feel it is necessary to address the current state of the sport, which has grown to be a trending topic.

If you are familiar with the sport of boxing, or enjoy following sports in general, you may have heard rumblings about how boxing is a dying sport. This often comes from a fan’s perspective, whereby boxing no longer attracts the masses and engages the media like it used to.

So what’s changed? Nothing. And that’s the problem. Boxing is often considered an “old-school” sport, not just because it dates back to the Ancient Olympic Games in Greece, but because it’s a sport that has relied on time-proven strategies and doesn’t incorporate as much technology as other sports, so it has remained fairly constant over the years. This can be a really cool part about boxing because it places an emphasis on heart, determination, experience, and straight-up conditioning.

However, the lack of change in the sport of boxing has also been its downfall. Think about the boxing matches that have gone down in history. Most were hyped as “matches of the year”, or “can’t miss bouts”, and 99% of the time they were just that. But now with the insane amount of money involved in high profile fights, coupled with a judging system that provides no more reward for offense as it does defense, fighters are more likely to slowly pick away at each other in a fight to try and win a decision, as opposed to risking a compromised defense in order to drop their opponent in the early rounds.

We do understand that judges rule on ring generalship, total shots and power shots, as well as aggression, so offense is definitely rewarded. However, the subjective nature of the judging and the various scoring categories can make it difficult to win a match based on providing excitement.

Consider this: boxing’s last major change occurred in 1988 when championship bouts were reduced from 15 rounds to 12 rounds. This decreased the instances in which fighters lost due simply to exhaustion, but also increased the overall tempo for the duration of the fight. This was an appropriate and successful change to the system. But again, this was the most recent change (28 years ago!).

What Should Be Done?

Evander Holyfield discussed this in detail in his article on the Player’s Tribune. Simply put, we completely agree with him. Boxing needs to change the scoring system to provide fighters with more reward for offense. The sport needs to be more exciting, no question about it, but without altering the backbone of boxing and putting the fighters at risk of unnecessary injury.

Exactly how this can be achieved remains to be determined. Do you consider thrown punches to a higher degree? Place more emphasis on total landed punches, especially with respect to power punches, which many boxers hate as a statistic? It’s difficult to know exactly what will happen to the sport without trying it, which may be a reason for the hesitation to change, but it’s clear that boxing is suffering in popularity, and something needs to be done no matter what.

Our suggestion would be simply to increase the points deducted from a fighter for being knocked down (currently one point). Even if this is the only change and it’s still substantial and could serve as a good pilot test. Currently, a knockdown would result in a 10-8 round assuming no other penalties, so a 10-7 round could instill a little more desperation from the trailing fighter, or could result in more aggressive final rounds where it could swing the fight in one direction, rather than leaving too much in the judges’ hands.

Positive Aspects of the State of the Sport

While boxing has become less popular in recent years, especially with the rise of MMA, it should also be remembered that not much has changed from a participation standpoint. Boxing gyms still exists in the majority of towns and cities, it’s still a fun and incredible workout, and it’s still just as affordable as ever. It’s really a shame that the popularity is lacking, because we know lots of people are probably missing out on what boxing can offer them personally.

While we basically ripped on boxing in this article for resisting change, the reason we even run this site is because we love sport. Not much else to it. It’s an incredible sport both from an athlete’s and spectator’s perspective, but like anything else, it needs to change with the times. Hopefully we’ll see some action taken by the international federations to make the sport more exciting, but until then, don’t expect to see many slugfests or toe-to-toe championship matches.