Tips for Starting Out Sparring 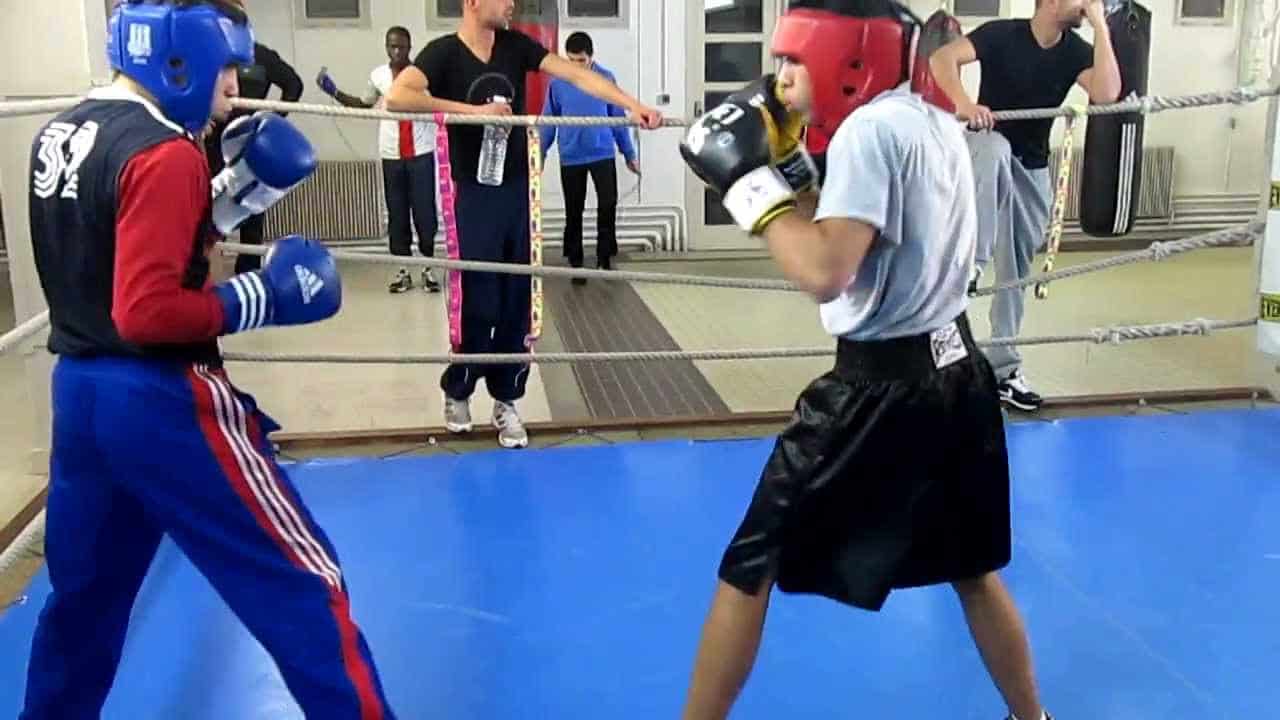 Are you thinking of joining a boxing gym, or already a member of a gym and are thinking of sparring? Here are a couple tips from a guest contributor: a friend of the website who boxes recreationally, but still quite seriously, so it’s an interesting take.

Thanks for having me. Some of you may be wondering why some random guy who isn’t in the ring on a professional basis is giving tips on sparring. First, I’m not breaking down various points of technique, but instead, I want to discuss approaching sparring for the first time and typical etiquette, as well as major things to watch out for.

Asking the Trainers About Sparring

If you’re joining a boxing gym for the first time, you can probably get a decent read on the sparring system when you first chat with them or do a tour. Gyms that take SAFE sparring very seriously will let you know. For example, one larger boxing gym that I joined for a little bit in Vancouver, Canada, was very open about their policies right off the bat. They stated that you can only spar after you have achieved certain levels of success in training at the gym, and regardless if you have sparred before, they will want to see you in a very controlled environment first before getting too advanced.

While I have sparred at many different boxing gyms, I have to admit that I’ve never been to a gym that will throw you in the ring immediately to get pummeled. However, I’ve been told by more than one high-level trainer that they do exist. My favorite gym, which I joined in high school in Nova Scotia, Canada, was your typical boxing gym. It was a hole in the wall with everything (but only) what you needed. The trainers were tough. It was a tough area. Boxing was their life (trainers and other members). I was able to develop a great relationship with everyone at the gym, which led to lots of trust when training and in the ring. When I left the province to pursue other opportunities, the main piece of advice I received from the trainer was:

“If you join another gym in another city, don’t tell them you’ve sparred before. Let them reward you the opportunity to spar based on your training.”

The mentality here is that if you don’t know the gym, don’t assume they’ll take good care of you right away. If you say that you have lots of experience sparring, they may interpret that differently than you would like, and you may end up in the ring with some goon who likes to see blood. There’s nothing wrong with that, but only if you’re ready. Let the trainers decide whether or not you’re ready after they’ve spent some time doing pad work with you.

So what about approaching the trainers? If you’ve made it clear that you want to be a fighter, they will discuss this with you in detail. If you’re a recreational boxer like myself who simply enjoys being a punching bag for the fighters, you can ask the trainers about the potential of sparring. First, make sure you’re comfortable with that first. Second, instead of saying “I want in the ring”, ask if they think you’re ready, and if not, if there’s some specific aspects of your game that you can improve to get there. If they see you’re committed, they may spend more one-on-one time with you.

When You’re Finally Suiting Up

So you’re getting ready for your first sparring session. You will need the hip protector (with built-in cup!), sparring headgear, suitable sparring gloves (usually 14 oz, very good shape, lots of padding up front, attached thumb), and for women they may have chest protectors that you can wear as well, and of course, a mouth guard. The gym should be able to provide all of this, although maybe not the mouth guard.

Vaseline. It’s the most underrated piece of safety “equipment”. Anyone who is sparring should have ample Vaseline (or equivalent) on their face (especially nose), headgear, shoulders, and gloves. The Vaseline helps punches slide off, so if you get hit, you may not experience as much force if the punch is able to easily slide off your headgear or face. It also helps prevent cuts, which is important for everyone, but especially the competitive fighters. Cuts can happen accidentally, so even if you’re not a competitive fighter, make sure you have Vaseline on your gloves, as you don’t want to accidentally set someone back in their training.

On a side note, one gym I was training at halted all training to make an announcement. One of the guys who was suiting up to spar didn’t want Vaseline on his face because he said it would clog his pores. As hilarious as it was, don’t do or say something like that, or you’ll never hear the end of it. Trust what the trainers are doing, as they will have a reason for it.

Once You’re in the Ring

When you’re in the ring, remember, this is a sport, not a fight. Both you and your sparring partner are in there to learn. Be respectful of each other. You don’t need to swing for the fences or fight dirty. Chances are if you do this you’ll pay the price in some way. Plus, you won’t learn as much.

The trainers will largely guide the sparring session. They may jump in and interrupt now and then. If they interrupt to give your sparring partner guidance, listen to what they’re saying, as it could be useful for you as well.

Don’t throw the first punch until your sparring partner is clearly ready. Similarly, if you hear the bell, stop punching, but keep your hands up. Sometimes one of you may not hear the bell or may just be throwing a punch as it rings. Keep your hands up to protect yourself just in case, but also listen carefully and try to make sure not to throw any punches at the bell.

Pace yourself and relax. Sparring is way more intense than general training, even if it doesn’t look like it. If you’re too tense, throwing too many punches, or throwing punches too hard, you’ll fatigue much faster. Trust me, it sucks to be the guy who gets tired first. Also, slowing the pace and thinking more develops good habits. It allows you to develop proper technique, as well as intelligence in the ring. Simply put, remember that sparring is a form of training, not a form of fighting.

Does it hurt? Sometimes. There’s always the chance of taking a clean shot to the nose, a strong shot to the body, or even just a clean punch in the headgear. This doesn’t feel good, and at first it may startle you, but it’s actually really easy to get used to, especially because you will quickly become way better at defense. It’s tough to practice defense without anyone throwing punches at you, and really, sparring is the best for it (that’s why it exists). So don’t expect a walk in the park, but as long as you’re alert and under the trainers’ supervision, there shouldn’t be any reason to worry. Plus, if you take a hard shot and need a second to get over it, then just say so and stop for a second. Like I said, it’s sparring, not a fight. If you need time, your sparring partner should respect that.

After the Sparring Session

There isn’t much to say about this, other than to show your sparring partner some respect. Touch gloves at the end of the round, discuss any aspects of your game together with the trainer, and even discuss together on your own. It may help you identify where you can improve, or even where you have strengths that you may not know.

And lastly, just a little bit of housekeeping. If the sparring equipment is communal, make sure to clean it before putting it back, and try to put it in a position that allows it to air out.

I just wrote a lot about the etiquette of sparring as well as some general warnings. Please don’t let this intimidate you. Sparring is an incredible workout, it’s fun, challenging, and allows you to form bonds with other members of the gym, which can further help with your fitness goals. I absolutely love it, and while I didn’t know all of this stuff when I first stepped in the ring, simply practicing common sense was enough for me thrive in a sparring environment, and there’s no reason you can’t do the same!